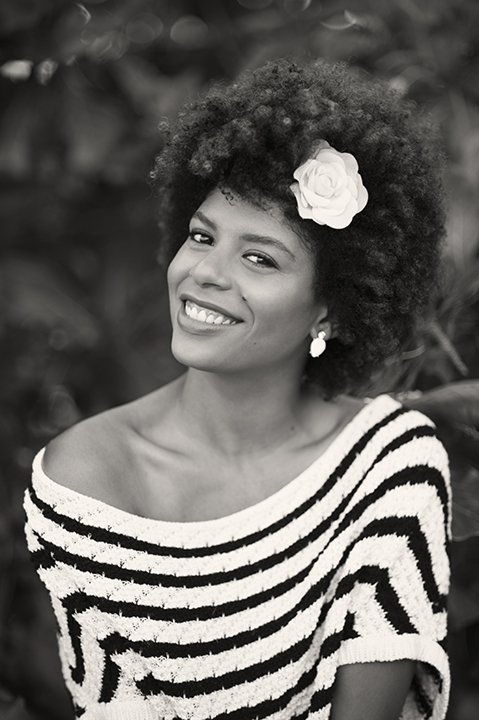 In 2004, she moved to Turin to study photography and painting.

Her career is influenced by the combination of Latin American, European and African culture. Her vision is nourished by different identities and by the juxtaposition of realism and imagination.

While studying photography in 2008, she decided to photograph the issue related to the taboo about afro and curly hair. Starting making photojournalism documenting all the process of how to straighten curly afro hair with dangerous creams, extensions, wigs, etc. This subject became her biggest personal project, composed by different series like photojournalism beauty parlors in Dominican Republic, Italy, and Africa, as well as portraits, selfportraits, fashion, and artistic and conceptual photography.

In 2014 started “Peregrinos de la Virgen de la Altagracia” photographing for 4 consecutive years the occasion of the anniversary of La Virgen de la Altagracia, in the Basilica de Higüey, a very heartfelt festivity. Believers from every part of the Dominican territory and other places, like Haiti and South America, go to the Basilica every January 21st to pray and make promises. This project is composed by portraits and photojournalism. One of these portraits, La Señora Ensacada, won the 1st prize in an international art contest exposed at MAXXI, Rome, Italy.